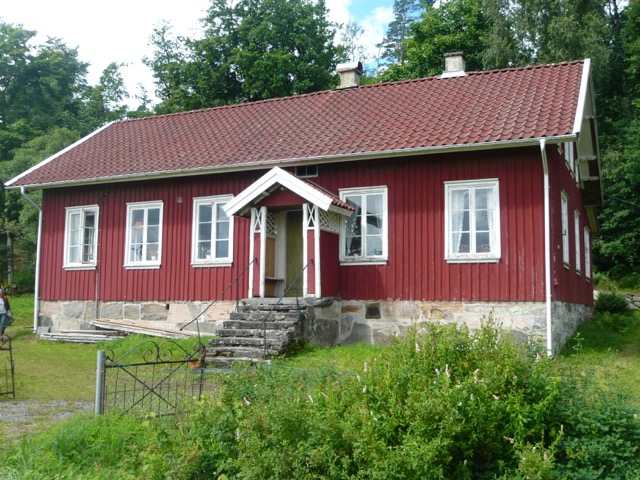 Adolescence is considered by Ms Montessori to be the period from 12 to 18 years of age. This age is not determined randomly, but is based on observation of physiological changes that occur in the human body and psychological changes associated with  maturing of the brain.

Young adolescents between their twelfth and thirteenth year experience enormous physical and psychological transformations. The development of the body takes place so rapidly that it can almost be compared to the growth in the period after birth. Within a few months of physical transformation, it is no longer a child who stands in front of us, but a young adolescent, for whom his body is still completely “new”. Psychological changes are so fundamental that Maria Montessori went as far as to call the man in this period “a social newborn”. The fact is, he is very sensitive and vulnerable. He is concerned about how others perceive him.  The whole of his being, which made sense up to now, is suddenly insufficient for him. At school, he is no longer interested in facts or theories. Even his family suddenly feels too “small”. Although he loves and needs his parents and siblings, his task is to prepare for adulthood, and therefore finds most satisfaction among his friends and in the wider community of people.

This young man longs to push his degree of independence one notch up: in fact, he is eager to acquire economic and social independence. He needs to work and see for himself what the value of money is. He needs to make good, and sometimes bad, decisions in order to get some feedback so that he could constantly improve his activities. But a word of warning: He is not working so that he could buy a new phone, or designer clothes. He needs to learn how to manage the earned money properly. Money is therefore used to ensure livelihood, or for the development of the economy.

As regards social life, he is primarily interested in relationships. He observes and gradually builds up relationships all around him: among peers, among adults, relationships with the opposite sex, and more. In traditional schools, adolescents often don’t pay attention to learning but to the formation and observation of relationships among schoolmates. This is natural because frontal teaching doesn’t give them the much needed opportunity for a healthy social development.

As a prepared environment for adolescents, therefore, Maria Montessori proposed rural environment, where children work and study along with teachers and other professionals. There are several reasons for why she chose the country. Physical work, if compensated for by study, leisure time, sports and arts, transforms the children. It builds responsibility in them and teaches them to rejoice at a really achieved result. Young people of thirteen or fourteen can master everything. Take care of the animals, look after bee colonies, grow vegetables, build benches and seating, plant and harvest, cook, clean up. And not only that. Above all, they can schedule what needs to be bought for operation or construction, purchase food for cooking, work with a financial budget and accounts.

They learn all of this naturally while studying. The aim of such a study is not to turn children into farmers or stewards. On the contrary. The goal is to teach children to find their own solutions, to take responsibility for their actions, including the responsibility for other members of the community.

Another important reason why Maria Montessori proposed to place the school in the country is the protection of the young adolescent from the adverse effects of anonymous city. We are concerned about an optimal physical and psychological development of the child, which is why we are looking for an environment where we can let the vulnerable adolescent move around freely and responsibly, but in a safe environment. When collaborating on subsistence, children learn through experience that the true qualities of life are not related to the color of nail varnish, the make of a telephone or a stylish status on Facebook.

Around the world, there are already several Montessori schools for adolescents in rural environments (in Ohio, New Mexico, Norway, Sweden, France, Australia and new ones are now arising). I had the honor of visiting the Lara for Livet school in Sweden. In the Czech Republic, too, better times are dawning for adolescents who have been educated in a Montessori environment since early childhood. Our Montessori School Perlička (Bead) in Brno is among a handful of the first who will actualize an authentic program for adolescents after Maria Montessori. Already in the next school year, we’re going to open our “base” in Křížovice – a picturesque village at the foot of Czech-Moravian Highlands near Tišnov.

Renata Špalková, Táňa Kadlecová and Helena Matoušková from the Czech Republic took part at the AMI Orientation to Adolescent Studies (ages 12 – 18) in cooperation with NAMTA in July 2016 in Montessoriskolan Lära för livet, Rydet, Sätila, Sweden.  The three ladies are all active in the growing Czech community of adolescent studies. In three places in the Czech Republic they build their Adolescent communities.